On the sidelines of the Second Antalya Diplomatic Forum, the Minister of Foreign Affairs of Bahrain, Dr. Abdullatif bin Rashid Al-Zayani, met in Turkey with the Executive Director of the Conference on Interaction and Confidence Building Measures in Asia (CICA), Kairat Sarybay. 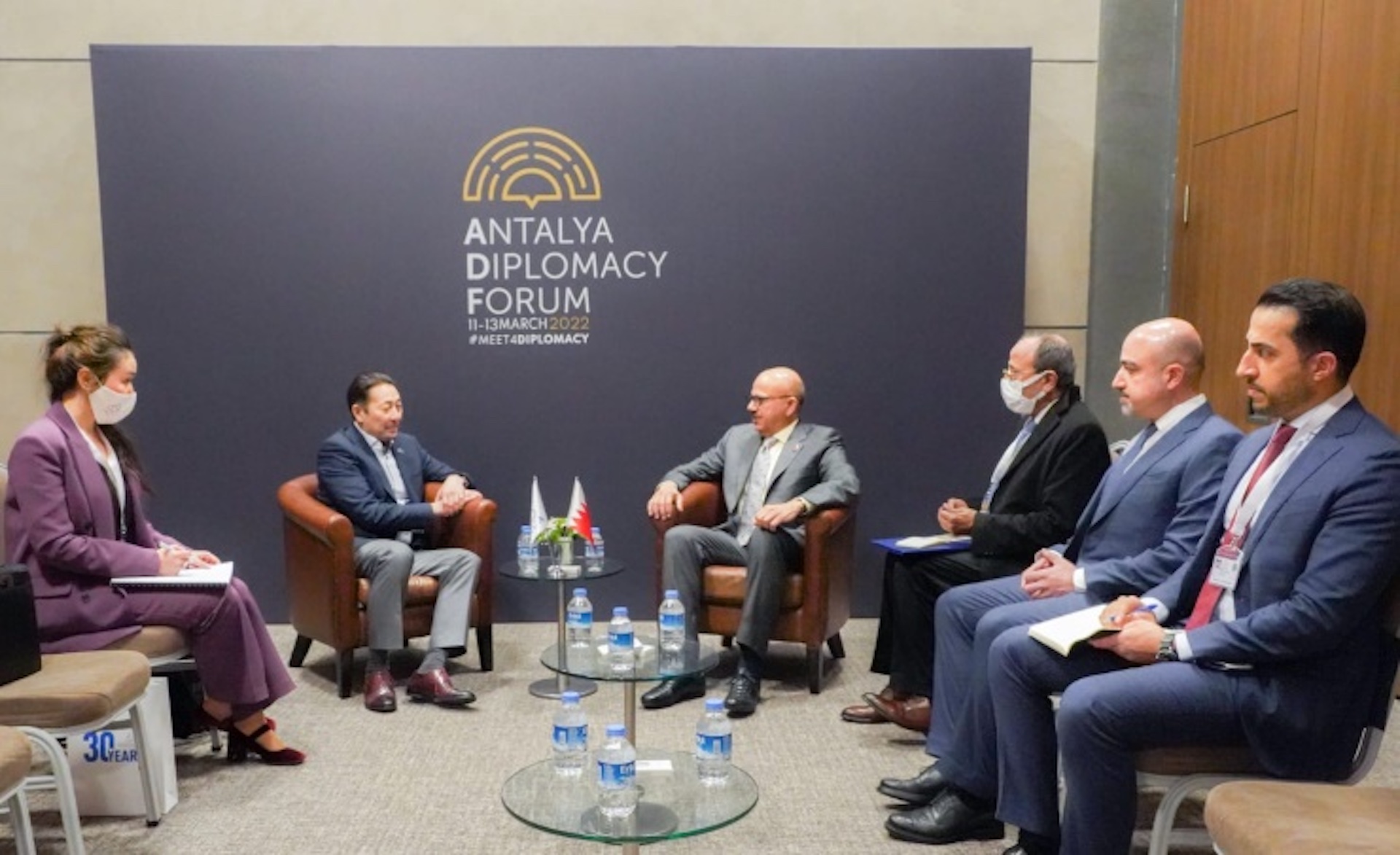 Both sides discussed the efforts exerted by CICA to enhance relations between its members and advance the aspirations of Asia and the continent. Moreover, they discussed the contributions made by CICA to peace, security and stability in Asia. A delegation accompanying the foreign affairs minister attended the meeting.